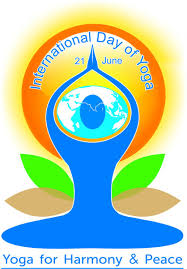 International Yoga Day celebrates yoga, an ancient physical, mental and spiritual practice. Today, yoga, which originated in India, is one of the world’s most popular pastime activities.

In September of 2014, India’s Prime Minister proposed the establishment of an International Day of Yoga to promote international peace and cooperation. His request was granted by the United Nations General Assembly in December, 2014 in an effort to highlight the benefits of yoga to physical well-being and to world peace and development.  On June 21st, 2015, the first International Day of Yoga was celebrated worldwide, leading to a new Guinness Record for the largest yoga lesson, consisting of nearly 36,000 participants, in India’s capital, New Delhi.